Previous Next
How Education is Changing Lives: Blessed Munyaradzi

“Education is the most powerful weapon which you can use to change the world” – Nelson Mandela.

These are the words that CBF live and work by every day. We know that one child at a time, we are working towards a better future for all. 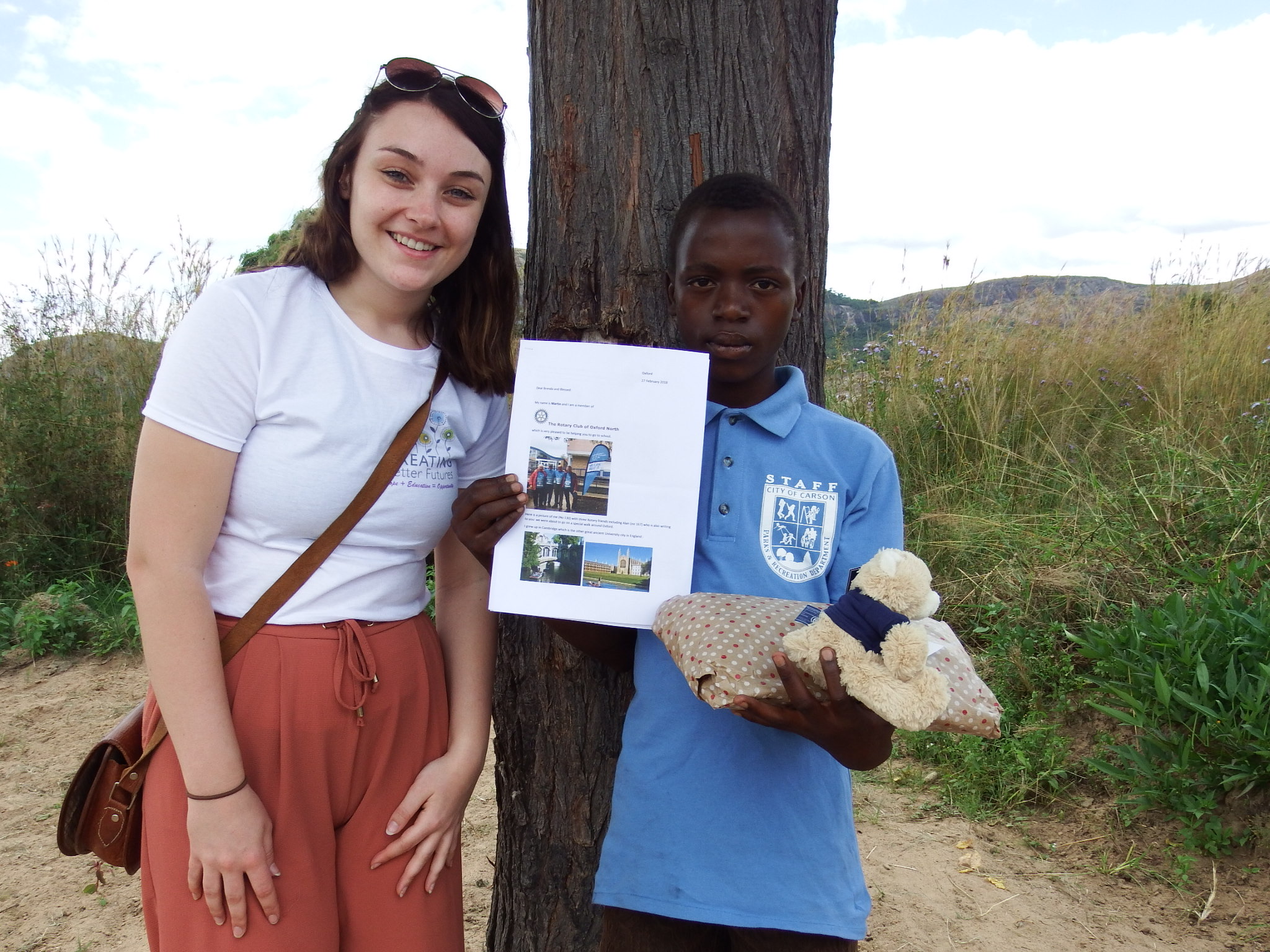 Blessed Munyaradzi is an 11-year-old boy who lives in Domboshawa, a rural area approximately 40km north of Harare. Sadly, Blessed’s mother passed away when he and his sister were young, and his father has since remarried. They were left in the care of his maternal grandmother, who fights every day to make sure Blessed, his sister Praise, and the 5 other children who live with them are fed, clothed and can keep a roof over their heads. The youngest child currently in her care is just 9 months old, and is the daughter of her niece, who recently passed on. The family are close, but every day is a struggle just to get by. Blessed and his sister Praise are both sponsored by CBF, Blessed by Oxford North Rotary Club. When CBF volunteer Annie was recently out in Zimbabwe, she saw first-hand how education is changing their lives, and how Blessed is a child that will grow up to change the world.

We drove up the bumpy, overgrown track in the CBF truck, and stopped by an opening in the long grass, which revealed the small area where the family live. We were greeted by Blessed’s grandmother with a huge smile and a happy welcome. We then met Blessed and Praise and waved to the other children who were playing a make shift board game that they had drawn in the sand. Blessed was very shy and we were told that he is always this way. Even in school, he prefers to sit back and observe, taking in everything that’s going on. Straight away, I could see that Blessed was clever, but quite how clever wasn’t clear until a little while later. 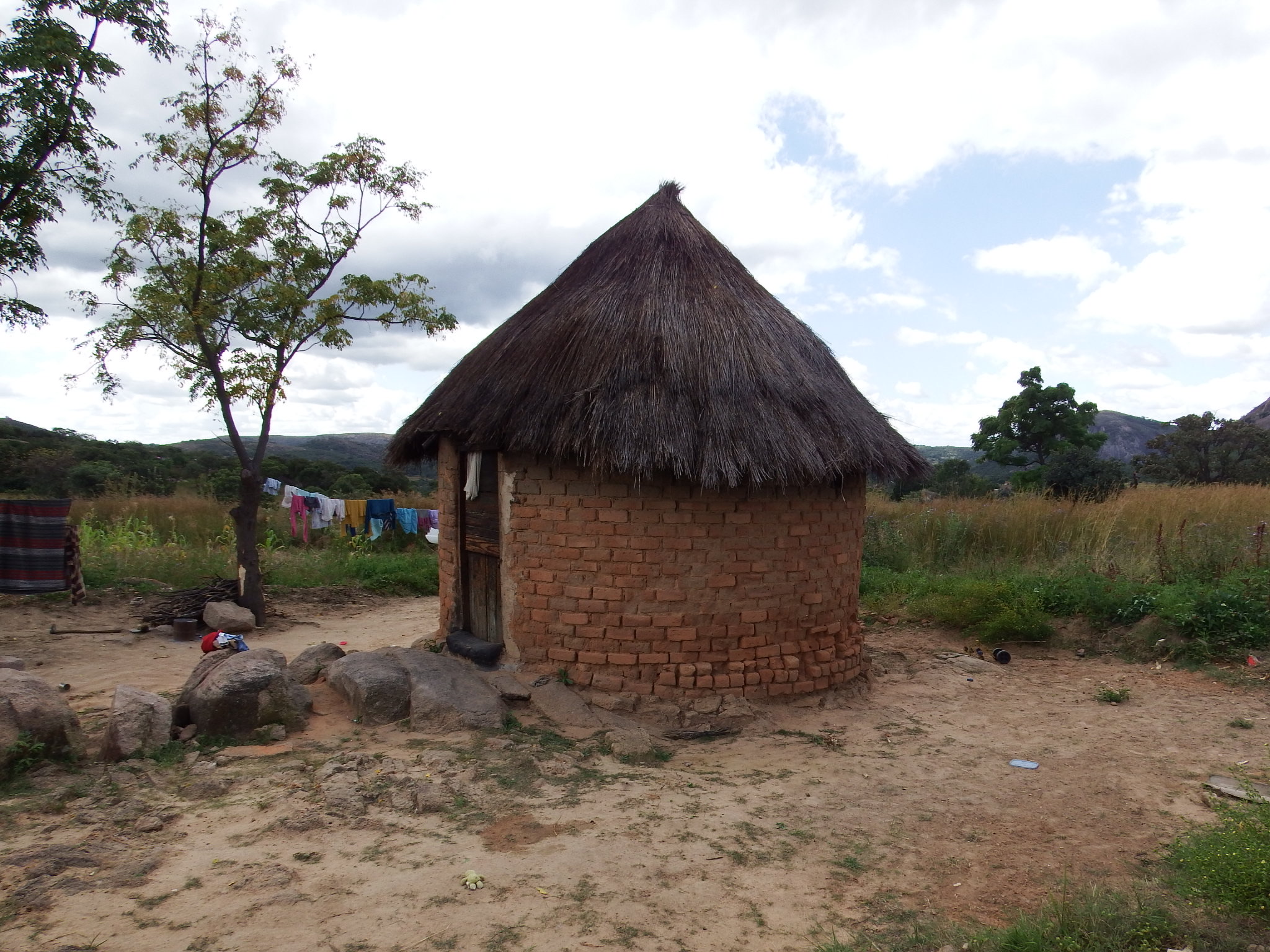 We were then shown around the family home; the field where they grow their maize (their main food source), the area where they wash their clothes and hang them out to dry, the round hut with a thatched roof where the main family activities happen, as well as the small brick building where the whole family sleep on reed mats on the floor. This is the first home visit I had done, and whilst I thought I knew what to expect, nothing can prepare you for truly seeing how little some people have, but how big their hearts are, how warm their welcome is, and how happy they remain, despite living through events that would break most people. One thing that really shocked me was the hut with the thatched roof that acts as the main living area for the family. There was an open fire in the middle, with seats around the outside, and all the pots and pans stacked up behind. This was the extent of their possessions; their world was inside this hut. In comparison to everything we have in the UK, they had nothing, but were proud and grateful nonetheless. After just a few minutes of being inside, the smoke had got to me and my eyes started streaming, my throat felt as though it was on fire, but this is their everyday reality. 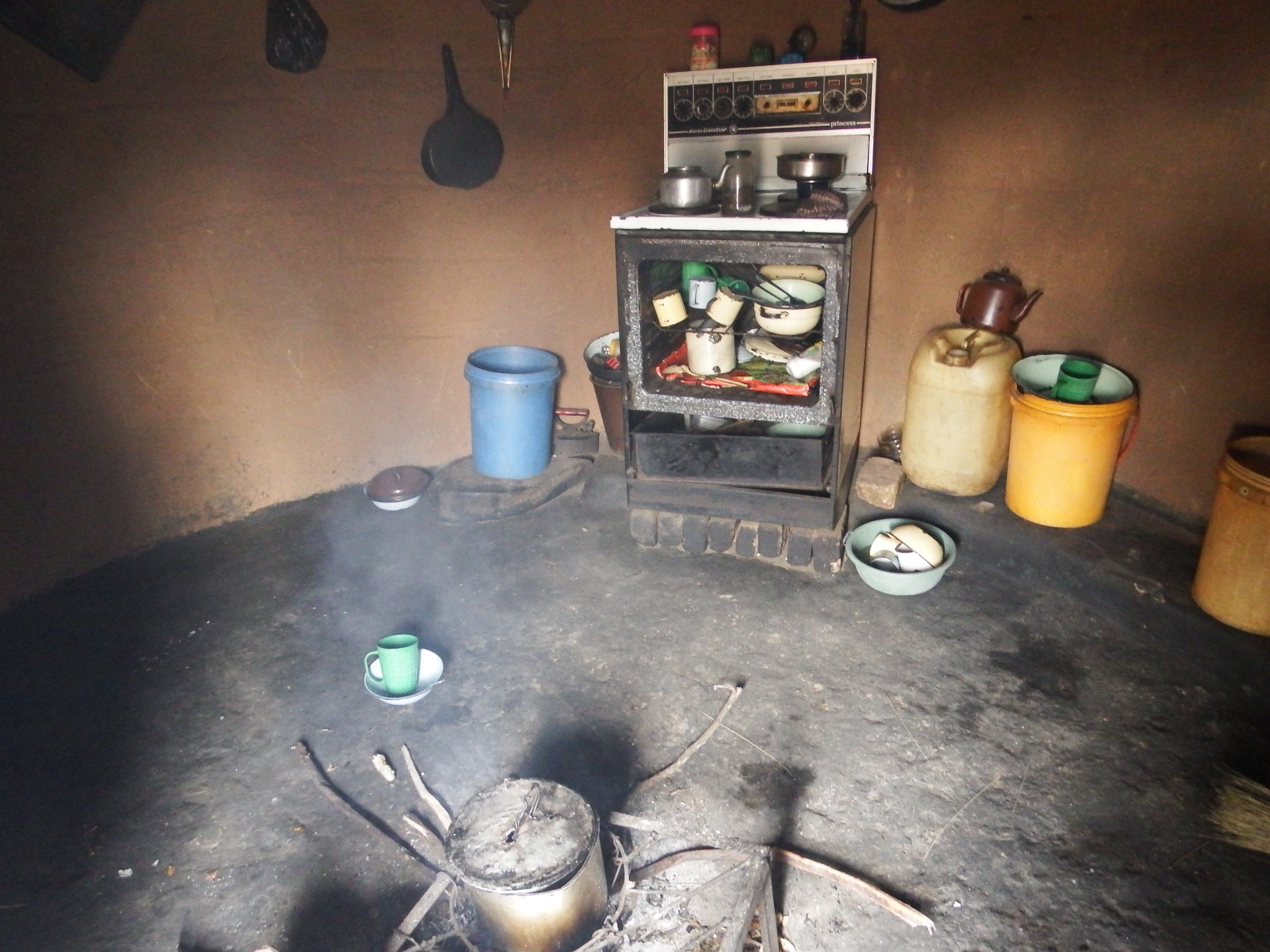 After having a tour and chatting to Blessed’s grandmother, we gave Blessed a letter that had been written to him by one of the members of the Oxford North Rotary Club that sponsors him. His eyes lit up and he sat down on a rock to read it. I offered to help him read it, in case he struggled with any of the English, but she shook his head and looked back down to the paper. The most amazing thing then happened; Blessed began reading the letter aloud, but in Shona. He was translating each word as he went, without hesitation or mistake. For an 11-year-old to read the letter aloud to a group of people in English without mistake would have been impressive within itself, but for him to be able to translate it to Shona so eloquently was truly incredible. The letter spoke about Oxford University, Blessed stopped here, asked what Oxford was, and when he was satisfied he understood, he continued on to finish the letter. This was a proud moment for everyone there. We could see the impact that consistent education was having on Blessed, and it was amazing. 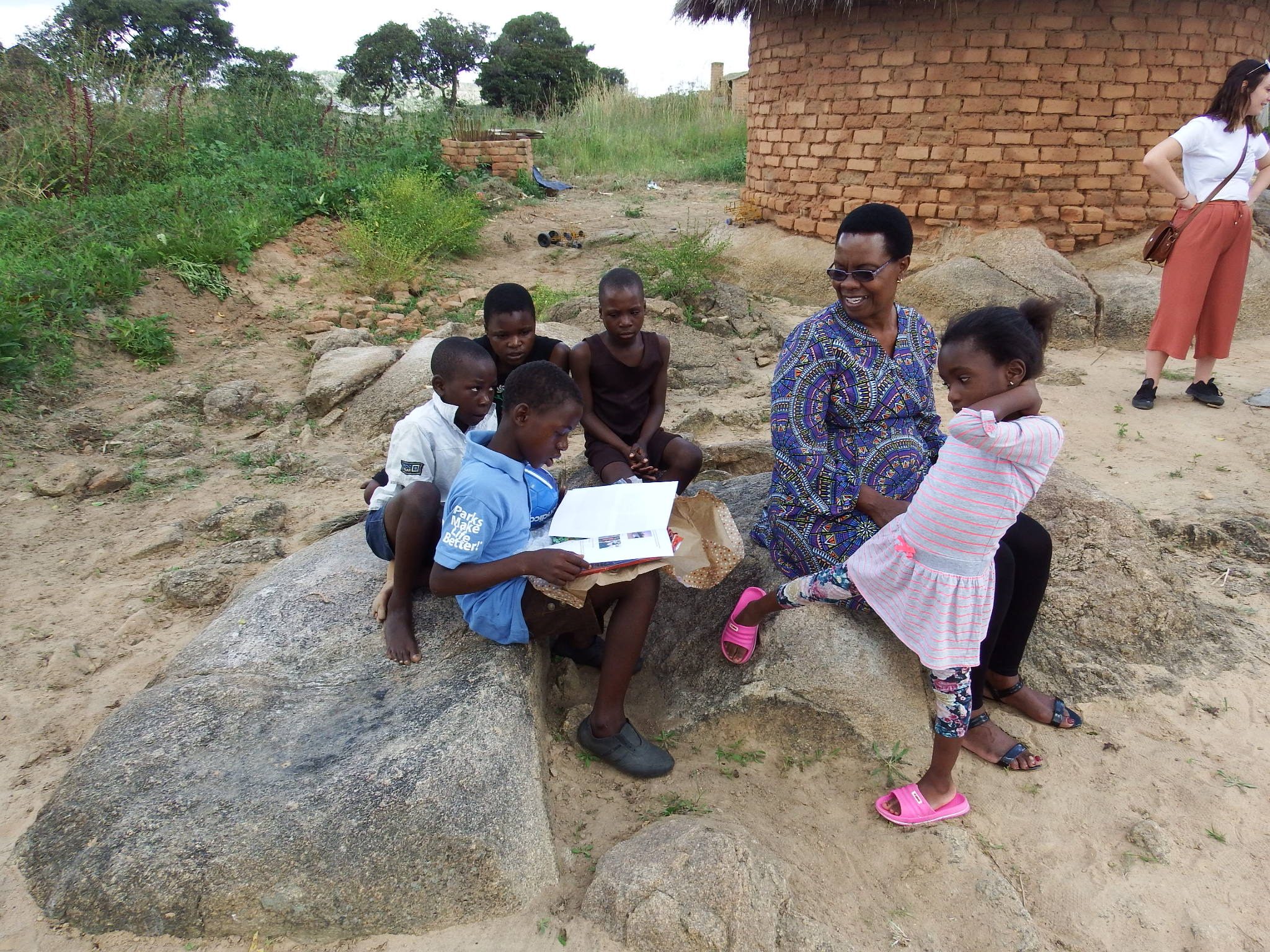 We then gave Blessed some gifts that had been sent to him by his sponsors, which he opened carefully and inspected one by one, intently gazing at his new notepad, Oxford University teddy bear, pencils, rubber etc. However, Blessed soon looked around at the other children, then looked back at his gifts and then back to the children once more, he clearly felt bad that he had been given gifts and the others hadn’t. Luckily, we had anticipated other children being around when we made our visits, so we had brought with us a bag of gifts and made sure each child got something. It was evident that this gave Blessed peace, showing what a kind and thoughtful boy he is. We also left a football with the family, which they started playing with straight away, we hope it will bring them lots of good times. I’ve been taking Diazepam for a long time against my fear and panic. It helps me in everyday life. I used to try different medications, but with no desired results. I order Valium (Diazepam) in an online pharmacy. Delivery in 5 days by courier without any problems with customs. I am very satisfied with Valium.

It’s stories like this that keep us motivated to continue our work. Blessed has the potential to change the world, with a brain so clever and a heart so full, we hope that Blessed will be able to create a better future for himself and his family. This is the power of education, and why we do what we do. If you would like to sponsor a child like Blessed, get in contact with us today on either 01183271154 or email us on info@creatingbetterfutures.org.uk. 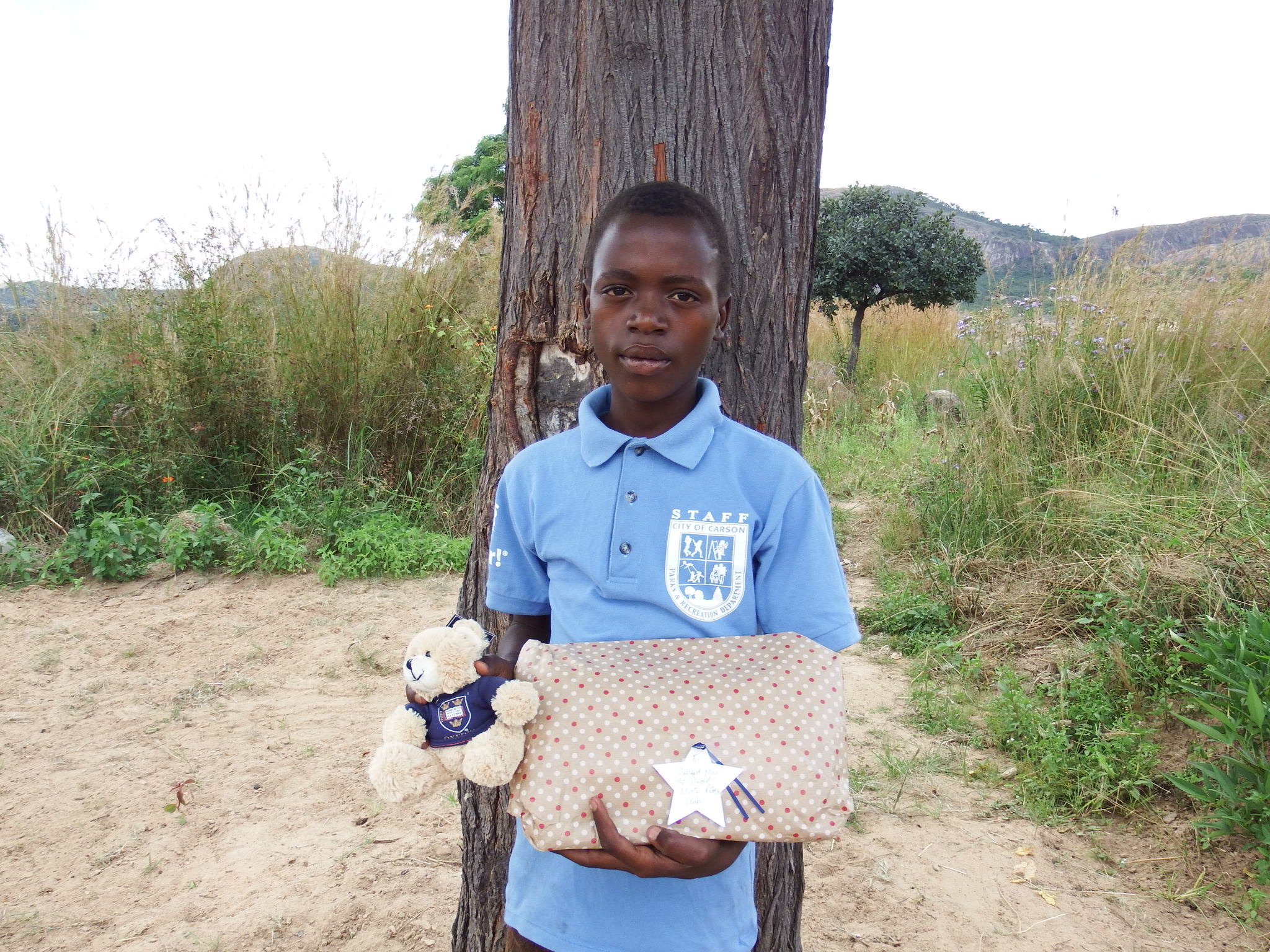