A Platform for Social Change

Previous Next
A Platform for Social Change

5 Ways Social Media has been our Instrument of Influence

Would you believe me if I told you that in our day and age, more people own a mobile device than a toothbrush? Or if I told you that if Facebook were a country, it would be the most populous nation on earth? In our modern-day, avant-garde world, more than one billion people around the globe are connected to a social media platform. In fact, the number of worldwide users is expected to reach 2.95 billion by 2020 which is around a third of the earth’s entire population. Social media comes in a multitude of forms including our personal social networking favourites, Facebook, Instagram and Twitter along with blogs, forums, business networks, other photo and video sharing platforms and chat apps. Admittedly, we’ve adopted social media in nearly every major aspect of our lives – personal relationships, entertainment, work and studies. And admittedly, many of us are committed to carefully tending to our online presences whether for personal or business intent.

There is so much we could talk about when it comes to social media. We could argue its dangers or the issues and controversy surrounding its effects, outcomes and drawbacks. We could even discuss the personal and cultural harm of its consumption and influence on our generation. Though these issues are nonetheless real and relevant, we’d like to take a breath to reflect on everything social media has done for us as a charity since the birth of CBF in 2012. For us, social media has been a tool for transformation and a formidable force for societal change. It has helped us to communicate the heartbeat of our charity and has facilitated us to reach and connect to an extensive audience within the digital sphere. It has surely had a powerful impact.

We’d like to share with you 5 simple ways that social media has helped us a non-profit charity:

Since today is Social Media day, we’d like to say a big thank you to Nina Epelle from Digital Gold HQ! Nina generously donated her time to us every month and carried out workshops with our team to guide us through the best ways to effectively use social media. She wrote our digital marketing blue print or ‘social media bible’ if you will and has helped us in more ways than we could count!

And of course, we couldn’t let this day pass by without saying thank you to all of our social media followers, supporters, fundraisers and CBF champions, you are the real heroes and are continually bringing our dreams to life! This photo is especially for you: 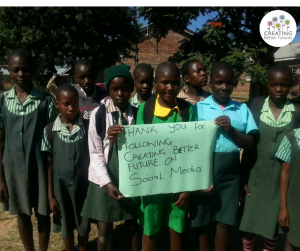 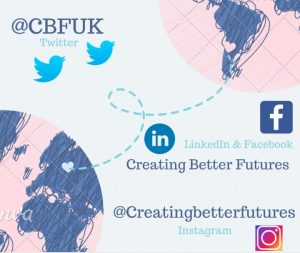